The result of ideas to get the creative juices flowing 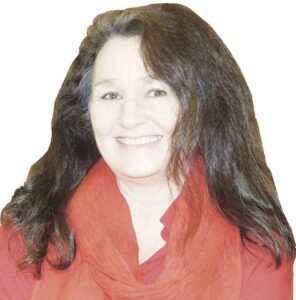 When I realized it was my turn to write the column, I panicked a little. I couldn’t think of anything introspective or enlightening or particularly interesting to say.

So, I googled “things to write about,” hoping to find a prompt that would set the mental cogwheels in motion. I found myself sifting through a lot of really stupid ideas, but I was able to ferret out a few gems. Here’s a sample of what I found and my reactions:

What’s the most irritating sound in the world?

That’s easy: people chewing loudly. For crying out loud, put the chip in your mouth, close your mouth and chew. I’ve had to walk out of more than one Mexican restaurant because of the cacophony of crunching chips. Same goes for slurping coffee, soup and noodles. It’s basic table manners.

I’ve recently learned that I’m not the only one who can’t stand the sound of people eating and it’s actually a “disorder” called misophonia or selective sound sensitivity syndrome. I’ve also learned that giving strangers “the look” for chewing loudly is often met with steely defiance and attempts to chew even more loudly.

What is something most people don’t know about you?

For one, my eyes are super sensitive to light. That’s why I’m always wearing my sunglasses, in case you were wondering. It’s a condition I inherited from my dad, and both of my sons inherited from me. Apparently, this is also a disorder. It’s called “photophobia.”

Another little-known fact about me: feet creep me out. Go ahead, laugh. It’s odd. Even more odd is that this is why I never liked “Mr. Rogers Neighborhood” when I was a kid (ironically, a kid who ran around barefoot most of the time). Every episode opened with Mr. Rogers changing his shoes. I was always terrified that one day he was going to take off his socks and I’d see his feet.

Then I found this:

Write a letter to your 5-year-old self.

Dear 5-year-old Nia: Remember that time in Sunday school when you learned about the Golden Rule? That was only half of the story. Never stop being kind and helpful but be aware that not everyone lives by that same rule. There are a lot of people who see niceness as weakness. It’s OK to stick up for yourself. It’s OK to be “rude” if the situation warrants it.

It’s also OK to be really flawed. Everyone has flaws, and the ones with the most flaws are usually the ones who will point out yours.

Never give up on your dreams.

Don’t just march to the beat of your own drummer, turn up the volume and dance to it.

One day in the future, you’re going to google “things to write about.” Don’t sweat it.

Lania Rocha is a staff writer for the Genesee County View. Contact her at lrocha@mihomepaper.com. 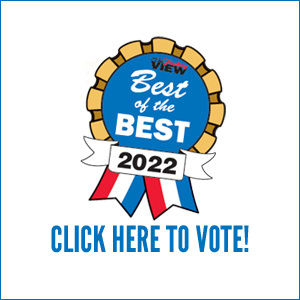