Murder victim’s mother recognized for efforts to have killer prosecuted

Mays receives Victim Advocate of the Year Award from prosecutor 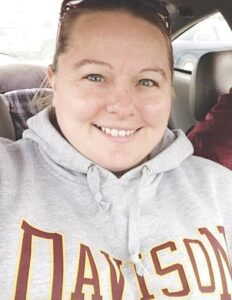 DAVISON — The mother of a Davison woman who was killed by her husband when he put heroin in her breakfast cereal was recognized April 27 as Victim Advocate of the Year by Genesee County Prosecutor David Leyton.

Kathy Mays, the mother of Christina Ann-Thompson Harris, who was poisoned and killed by her husband, Jason Harris, received recognition for her relentless pursuit of justice for her daughter which led to the investigation and arrest of Harris – who is currently serving a life sentence for Christina’s murder.

The week of April 25-29 is Crime Victims’ Rights Week and Leyton said it was Mays’ determination to seek justice in her daughter’s death that prompted him to recognize her this year.

Christina died in 2014 and her death was ruled an accidental overdose, but Mays insisted her daughter did not use drugs and continued to push for investigators and Leyton to look more closely at her husband, Jason Harris, as a suspect in what she believed was murder. 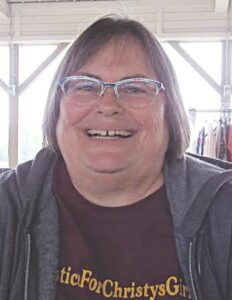 “She wanted me to clearly understand that it was not a self-induced drug overdose, but that she (Christina) died by the hands of somebody else,” said Leyton, at the April 27 presentation. “I’ll never forget the words she wrote in one of the emails, when she wrote, ‘Mr. Prosecutor, you are my last hope. The last chance we have to see justice through for my daughter.”

The case was turned over to the Michigan State Police in August 2016. Further investigation found Harris had been sending messages, emails and pictures to several other women before and after his wife’s death, and a woman moved into the couple’s home two months after Christina’s death.

Police found Harris bought an airline ticket to Rhode Island nine days after his wife’s death to visit a woman with whom he had exchanged more than 5,800 text messages on his cell phone.

The investigation also revealed he had approached a co-worker about obtaining Klonopin or Xanax. The co-worker testified in 2019 that Harris said something about crushing up the pills so his wife would go to sleep and stop nagging. He said he gave Harris 10 pills of Klonopin before Christina’s death.

“I realized that I needed to find out what just happened because this doesn’t make any sense,” said Mays in a 2019 interview with the Davison Index. “When the autopsy results came back was when I learned accidental heroin toxicity. I was confused because that made no sense to me. My children never had any issues with drugs or alcohol so that made no sense. I couldn’t relate to it then or now.”

At the time of Christina’s death, her youngest daughter was 4 months old, and Mays said she had been breastfeeding and had pumped and frozen enough milk to feed the baby until she was 8 months old. The breastmilk turned out to not contain opioids or other illegal drugs, prompting Leyton’s office to go ahead and charge Harris with murder.

Harris was convicted Nov. 17 of premeditated murder. He was also found guilty of solicitation of murder and delivery of a controlled substance causing death.

He was sentenced Dec. 10 to life in prison without the possibility of parole.

Mays and her husband, James, are raising Christina’s daughters and live in Davison.

Assistant Prosecutor Rebecca Jurva-Brinn was also recognized by Leyton with the Award for Professional Excellence for her handling of prosecuting the Harris case. — G.G.