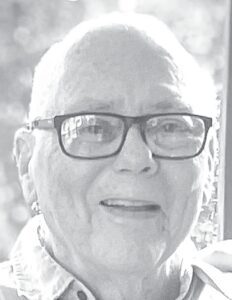 EDWARD “ED” L. HILGENDORF passed away on October 12, 2022 surrounded by loved ones in Norris, Tennessee. He resided in Davison, Michigan for most of his life but spent the last several years with family in East Tennessee, where he lived with his son, Stefan. Ed was born on June 27, 1941 to Molly and Lauren “Whitey” Hilgendorf. After graduating from Davison High School in 1959 and serving in the United States Air Force until 1963, Ed returned home to Davison and married his high school sweetheart, Dianne Cole, with whom he lovingly raised four children.

In the early 1960’s, Ed joined his father in running the family business, Whitey’s. Ed spearheaded the transformation of Whitey’s from a small dairy bar into a thriving seafood restaurant, known throughout Michigan for its famous fish and chips. Whitey’s quickly became a pillar of the Davison community and a true multi-generational family business. Ed was eventually joined by his brothers, Bob and Charlie, and later his son, Scott, and nephew, Mike, in operating the business. Ed was proud at the time of his passing that Whitey’s continues to grow and succeed under the ownership and leadership of Scott and his wife, Dana. 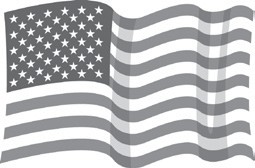 In addition to his lifelong love of cooking and sharing great food with friends and family, Ed enjoyed fishing and boating, particularly on Lake Huron, following college and professional sports, and spending weekends in Caseville, Michigan. Ed’s family and friends knew him to be a fierce opponent in card games of any kind and a prolific crossword puzzle enthusiast. Above all else, Ed will be remembered as a deeply kind person with a sharp wit and a large heart. Ed was a loving father to his four children, Gardner (Cristiana), Scott (Dana), Heidi (Jeff), and Stefan; his six grandchildren, and his 11 great-grandchildren, each of whom survives Ed. Ed is also survived by his brother, Charlie, his first wife and lifelong friend, Dianne, and many nieces and nephews. Ed’s faith in the Lord grew throughout his life and his family takes great comfort in their warm memories of him and the prospect of reuniting with him in Heaven.

Ed wished to be remembered with a celebration of life in lieu of a funeral and his family will make arrangements to hold a celebration in Davison in the coming months.